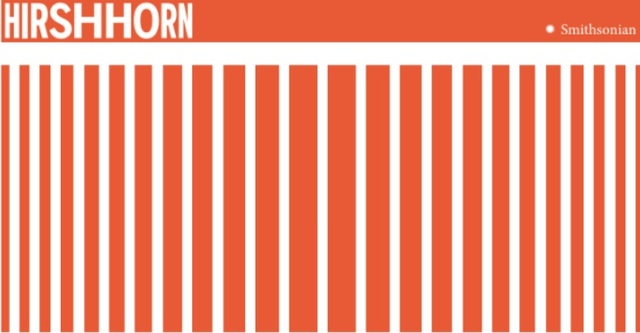 We are proud to announce that the Hirshhorn Museum in Washington, DC, awarded 32 world-class women artists including artist Ai Jing, during their 3rd Annual Gala Dinner at the Lincoln Center in New York on November 6, under the banner "Three Generations of Trailblazing Women ".

Founded in 1974, under the Smithsonian, the Hirshhorn Museum and Sculpture Garden is located at Washington National Mall in the United States and plays an irreplaceable role in the promotion of modern and contemporary art. In addition to a large collection of paintings and sculptures by masters such as Picasso, Matisse, Henry Moore, Rodin and Jackson Pollock, the museum has also hosted solo exhibitions by many renowned contemporary artists, including Yayoi Kusama, Francis Ellis Barbara Kruger, Yves Klein, Marcus Lüpez and much more.

Hirshhorn Museum hosts a large event every year to honor and congratulate artists who have made outstanding contributions to contemporary art: On the 40th Anniversary of the Museum in 2015, It honored 40 of the world most-renown artists, and in 2016 hosted "A new Generation of Emerging Artists. This year are honored 32 world's top female artist under the banner" Three Generations of Trailblazing Women ".

Melissa Chiu, Director of the Hirshhorn Museum and Sculpture Garden during the Gala opening ceremony

Hirshhorn Museum and Sculpture Garden Gala dinner at the Geffen Hall of the Lincoln Center, NYC

Once a singer-songwriter, Ai Jing has won great acclaim in Asia in the 1990s and is regarded as one of China's most talented folk singer-songwriter. In 1999, Ai Jing picked up the brush to learn visual creation, then settled in New York, where she founded her first studio. Since then, Ai Jing insisted on using visual arts to express her own emotions and opinions. Her style feels free and light. In her works, Ai Jing has been adhering to a kind of concern for life and society, which is an embodiment of humanistic spirit. Ai Jing's creation is continuously practiced and summarized in the language of concept and tradition. Her works on "LOVE" theme give birth to creations of delicate expressions which become more and more mature. For nearly a decade, she has successfully held solo shows at top museums and art galleries at home and abroad.

Melissa Chiu, director of the Hirshhorn Museum, said in an interview that the Hirshhorn Museum attention to women artists is highly representative of this group. Choosing Ai Jing as a prominent international female artist was not only because of her painting skills but also because Melissa Chiu was  touched by the charisma and profound meaning implied in her art.

In an interview during the gala, Ai Jing said: "I am honoured to get acquainted with other distinguished female artists, and although I will not bring the gender attributes into my creations, it is however undeniable as women that our traits can easily be revealed, that is, we have a deeper inclusive, broader minded and meticulously exquisite expression. Honour is not a right, but an encouragement and motivation, the artist always needs to return to the studio and work hard to show visual works. China is in the international spotlight and at the dawn of a new era, we should strive to make the Chinese people proud. "

Well-known artists who were also nominated in the Three Generations of Trailblazing Women honour award:

- Iranian born, Berlin-based artist Nairy Baghramian through her immense interest in minimalism and conceptual extensions of art has her oeuvre responds to past forms of conceptualism, current art trends, interior design, and modernist architecture. Reinterpreting and remapping the role of women artists and other personalities who were overshadowed during twentieth-century art historical movements, nearly dissolved from the cannon, Baghramian emphasizes aspects of memory control, and institutional criticism via socio-historical constraints.

Nairy Baghramian, Scruff of the Neck, 2016

- Barbara Kruger’s background in design is evident in the work for which she is now internationally renowned. She layers found photographs from existing sources with pithy and aggressive text that involves the viewer in the struggle for power and control that her captions speak to. In their trademarks black letters against a slash of red background, some of her instantly recognizable slogans read “I Shop therefore I am” and “Your Body is a battleground”. Much of her text questions the viewer about feminism, classicism, consumerism and individual autonomy and desire, although her black-white images are culled from the mainstream magazines that sell the very ideas she is disputing.